Realizing Fuel Savings of 0.5% to 2% by Controlling the Fluctuating Load

In 2007, MTI and Nabtesco Corporation jointly developed a new control device, a fuel-efficient governor, that is expected to be effective in fuel savings and in reducing the burden on main engines.

Conventional governors frequently adjust the fuel injection volume to maintain consistency in the number of main engine rotations. They do this by detecting differences in the actual number of engine rotations from the number set up initially, and thus they stabilize vessel speed in constantly changing seas. But during fuel injection adjustments, propeller rotations also change, and consequently excessive amounts of fuel are supplied and used.
By slowing down the movements when they adjust fuel injection, the new governors control excessive fuel consumption, compared with conventional governors. Over the course of a year, fuel savings are 0.5% to 2%, compared with conventional governors. Moreover, the rougher the seas, the greater the fuel savings.

Since their development, the new governors with the fuel-saving mode have been deployed on NYK operating vessels and newbuildings including those of other shipowners. As of the end of 2014, 248 vessels had been equipped with the new governors. 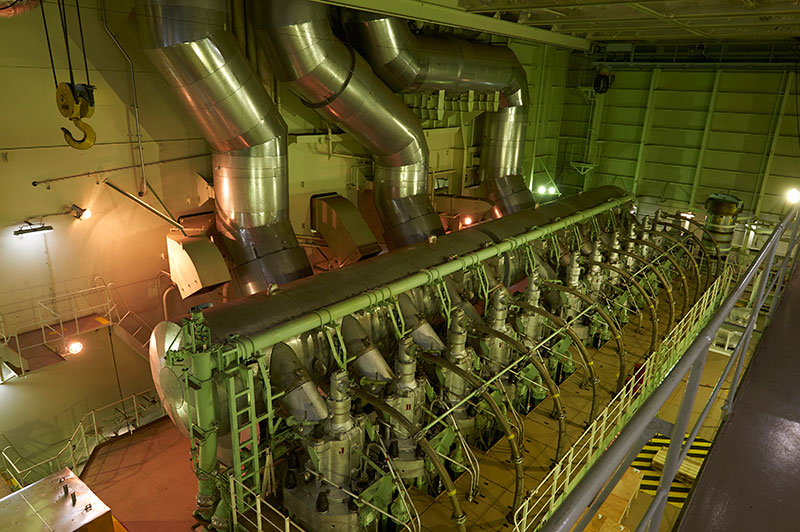