By employing SIMS on vessels, detailed data can be timely shared between onboard crew and land-based operation staff. Such data includes precise hourly updates on conditions of operation and fuel consumption. The NYK Group currently installs SIMS on vessels of various types, and it has become a key system utilizing big data.

This is the third major recognition for NYK’s SIMS. Details concerning other awards can be found in the press release links below.

In accordance with its “More Than Shipping 2018” medium-term management plan, the NYK Group will further promote the utilization of big data in operations to improve the competitiveness of the company’s services. Equally important, as a good corporate citizen the NYK Group will continue to take an active role in social issues, including environmental conservation, and will continue to make efforts to contribute to the achievement of a sustainable, improved global society.

* Eco-Products Awards
This award was established in 2004 to put great products and services (eco-products) into further practical use in Japan. The recognition aims to support the providers of eco-products by giving attention to those that reduce environmental burdens.In 2013, the NYK Group received an award for the “development and operation of an energy-saving air lubrication system.”

A full version of this NYK news release

For additional information about this service/product, please contact us by our inquiry form. 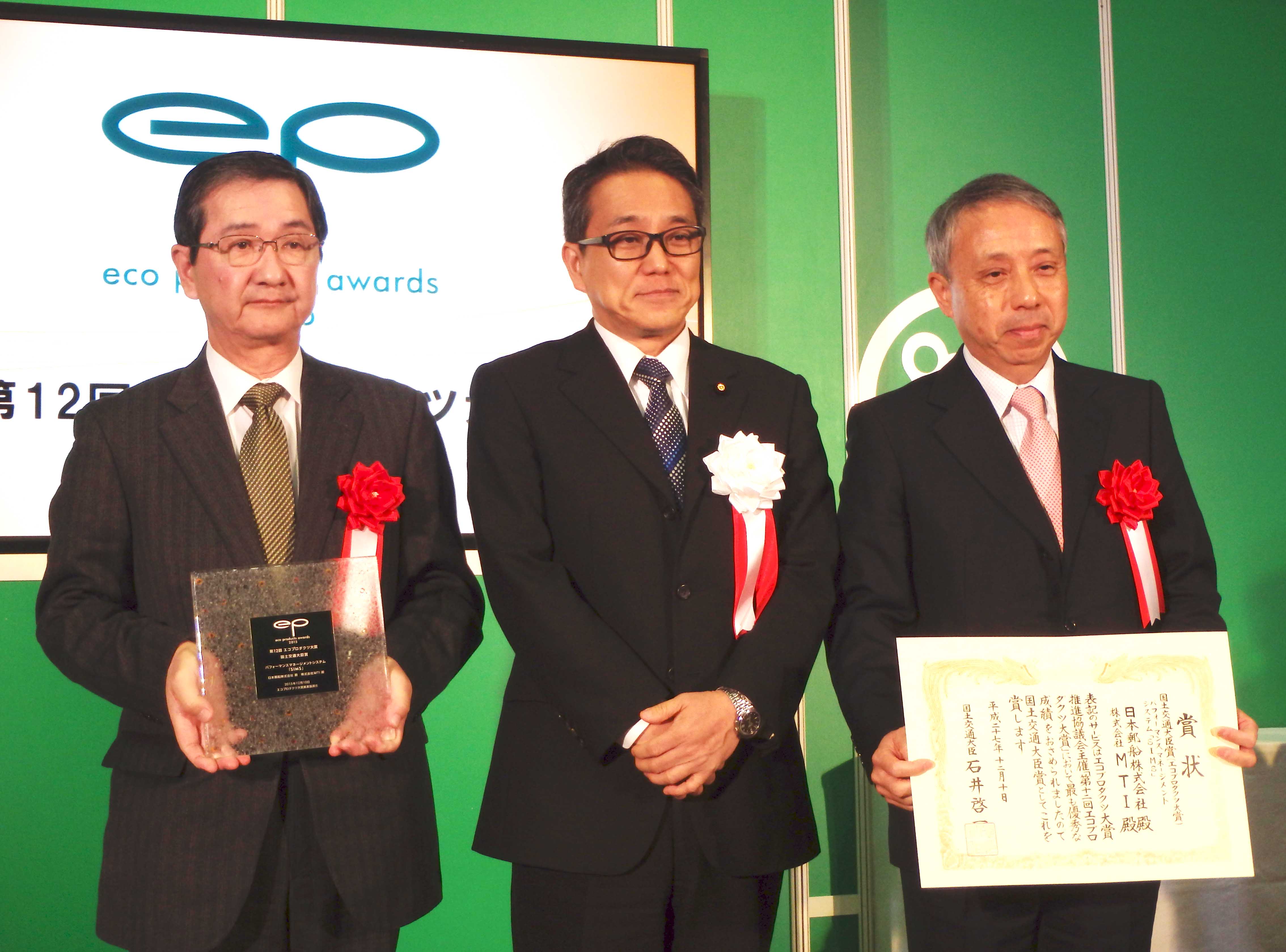