The International Maritime Organization (IMO) has made ECDIS (Electronic Chart Display and Information System) mandatory by 2018 on international voyages by passenger vessels over 500 gross tonnage (GT) and cargo vessels over 3,000 GT. However, additional navigational information cannot be written by hand on ECDIS, as can easily be done on a conventional paper chart.

J-Marine NeCST solves that problem by including a very useful input function that lets users write directly on electronic charts. The tool also integrates meteorological and hydrographical forecasts for the preparation of optimal route plans. Moreover, electronic maps and data can be promptly integrated and shared among ships and land, making J-Marine NeCST a very complementary tool to the ECDIS.

We look forward to the implementation of J-Marine NeCST, a new tool creating safer, more efficient operations in the IoT era.

Information can be easily handwritten on the ECDIS with a finger or stylus pen.

Information such as routes written by hand can be synchronized with JRC’s ECDIS.
The capacity to synchronize with ECDISs other than the JRC model is currently under development.

■Implementation of meteorological and hydrographical forecasts

The chart on display can be overlapped with weather information to allow for
the preparation of the most optimal route plan.

■Information sharing with other ships and land

Electronic information can be shared, thus allowing for smooth integration
between ships and land.

The tool can easily be customized and expanded to meet the individual needs of users.

For additional information about J-Marine NeCST, please contact below:

A full version of this NYK news release 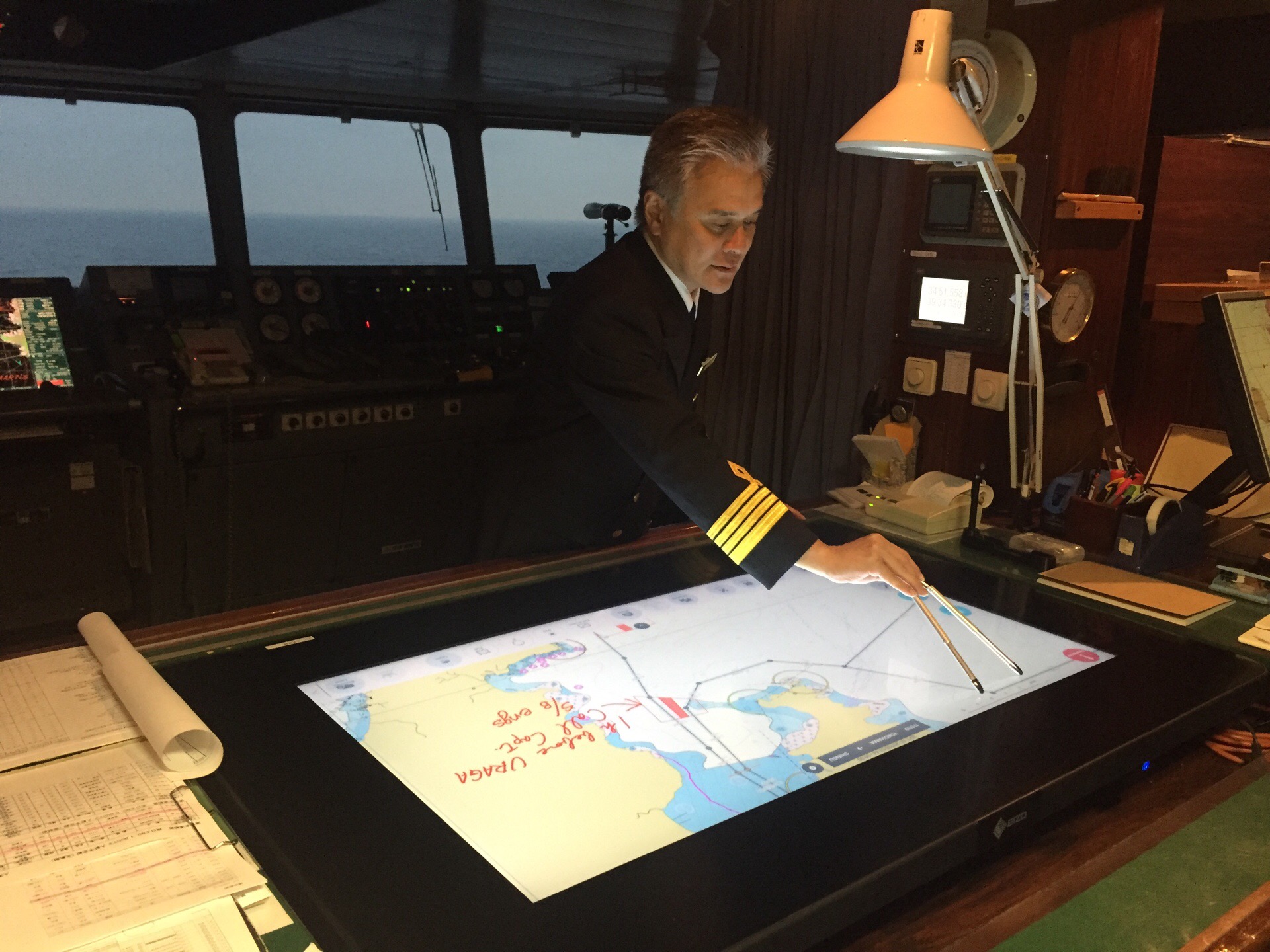