On May 31, 2019, Dr. Takeo Kanade, U.A. and Helen Whitaker Professor at Carnegie Mellon University, became a technical advisor of MTI. With advice and support from Dr. Kanade, who has been active in the front lines in the field of robotics and AI, we will continue to deepen and enrich our R&D activities. 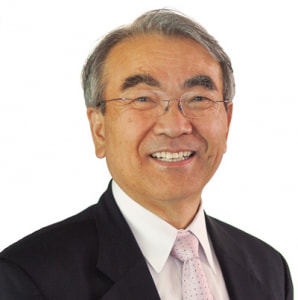 Takeo Kanade is currently the U. A. and Helen Whitaker University Professor of Computer Science and Robotics at Carnegie Mellon University in the US, and Senior Advisor at Center for Advanced Integrated Intelligence Research, RIKEN, in Japan.
He was the Director of the Robotics Institute from 1992 to 2001, and a founding Director of Quality of Life Technology Research Center from 2006 to 2012.

Dr. Kanade is one of the top five computer scientists in terms of impact factor (h-index) with his more than 300 journal publications and more than 100 thousand citations. Dr. Kanade’s name is associated with several well-known systems and algorithms, including: the NAVLAB Autonomous Driving Car Project which led to the “No Hand Across America” demonstration in 1995; the Lucas-Kanade optical flow algorithm as one of the most fundamental and widely used algorithms in computer vision; and the EyeVision, a movie Matrix-like replay system used in Super Bowl XXXV, as a then-new and currently-very popular multi-camera media.

Dr. Kanade has been elected to the National Academy of Engineering and also to the American Academy of Arts and Sciences. Many awards he received include Kyoto Prize, Franklin Institute Bower Prize, ACM/AAAI Allen Newell Award, and IEEE Founders Medal.