Nippon Yusen Kabushiki Kaisha (NYK), MTI Co., Ltd. (MTI), and Elomatic Oy (Elomatic) have completed the concept design phase of a new capesize bulk carrier and a very large crude oil tanker (VLCC) in a project that aims to build an LNG-fueled vessel that can be efficiently converted to an ammonia-fueled vessel, or ARLFV, an ammonia-fuel ready LNG-fueled vessel. The three companies are positioning ARLFVs as a next-bridge solution for the realization of future zero-emission vessels. In the future, the three companies will proceed with the actual design of an ARLFV with shipyards and marine equipment manufacturers.

NYK has set a long-term target of net-zero emissions of greenhouse gas (GHG) by 2050 for the NYK Group’s oceangoing businesses, and aims at launching zero-emission ships that run on low-environmental-load marine fuels, such as ammonia or hydrogen, in the future. NYK is positioning LNG, a low-carbon marine fuel, as a bridge-solution until future zero-emission ships are realized, and has thus been expanding its fleet of LNG-fueled vessels.

Now, the three companies have completed the concept designs of a capesize bulk carrier and a very large crude oil tanker (VLCC) in Phase 1.5 of the project.

The main challenges in designing and developing ARLFVs are as follows:

In the Phase 1.5 concept design, NYK, MTI, and Elomatic sought solutions to solve the above issues, and researched and studied the fuel-tank layout and other specifications of the ship. The three companies then completed a concept design that has viable, functional, and safe features.

Details of the concept design

Compared to a conventional LNG-fueled vessel, the ARLFV in this concept design is expected to feature a conversion-cost reduction of 12% for a capsize bulk carrier and 25% for a VLCC.

In the next step, i.e., Phase 2 of the project, the three companies will work with shipyards and marine equipment manufacturers on the actual design of the ARLFV based on the concept design. 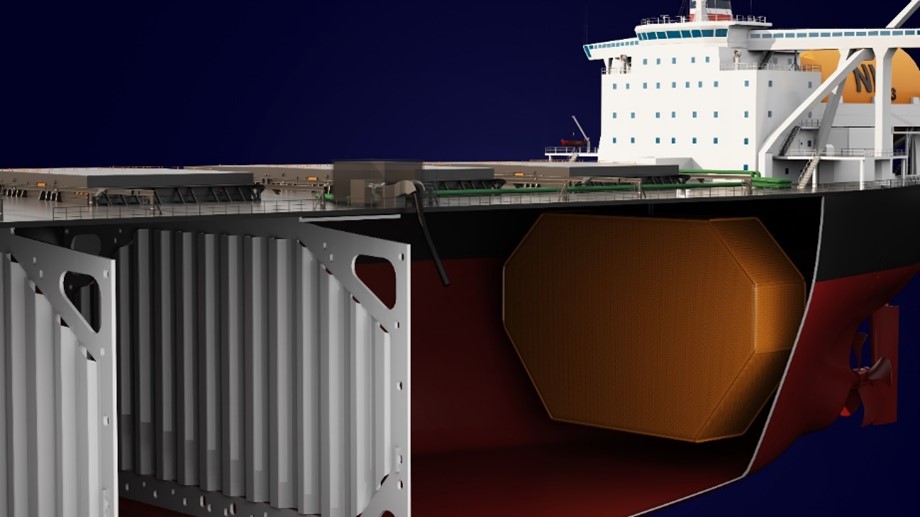 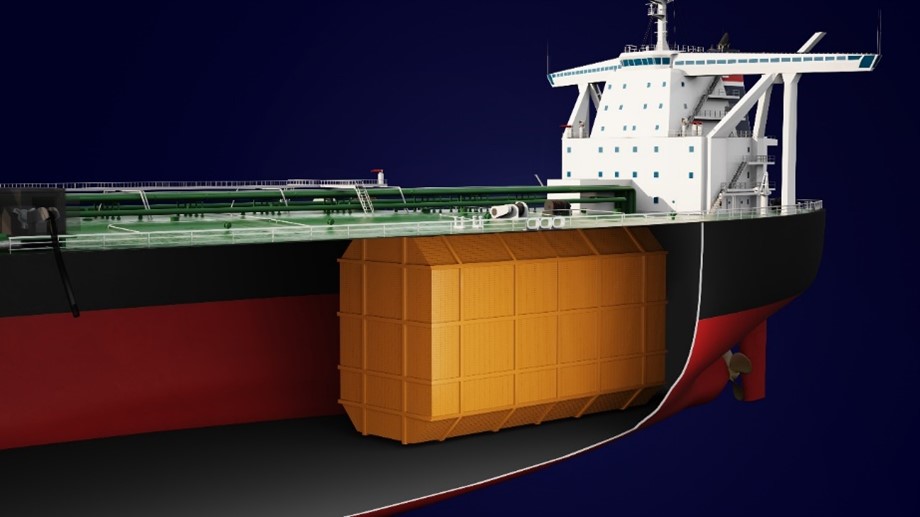 In February 2021, NYK released the “NYK Group ESG Story,” which aims to further integrate ESG into the company’s management strategy and promotes activities that contribute to the achievement of the SDGs through business activities. In March this year, NYK released the updated “NYK Group ESG Story 2022,” which introduces initiatives for integrating ESG into the Group’s management strategies set forth in the “NYK Group ESG Story” and provides a partial explanation of the Group’s sustainable growth strategy from a long-term perspective. To strongly promote ESG management, NYK will continue to create new value as a sustainable solution provider.

9 September 2021, “Next Bridge Solution from LNG to Ammonia”