J-Marine NeCST Has Been Installed on Asuka II

The first commercial product of the J-Marine NeCST,* ship navigation support tool, has been installed on board Asuka II, a cruise ship owned and operated by NYK Cruises Co. Ltd. Having a variety of integrated operational information on a large screen display on the bridge is expected to result in safer voyages.

J-Marine NeCST, jointly developed by MTI, NYK, and Japan Radio Co. Ltd., has been tested on NYK Group operated ships and completed trials at sea, and will begin to be used on Asuka II during its 39-day “2018 Oceania Grand Cruise” from January 28.

From an early stage, the NYK Group has been focused on making use of big data and is currently taking advantage of data analysis to address a variety of issues. We aim to achieve further high-quality safe operation by merging technology and the wealth of data the company has accumulated over the years. 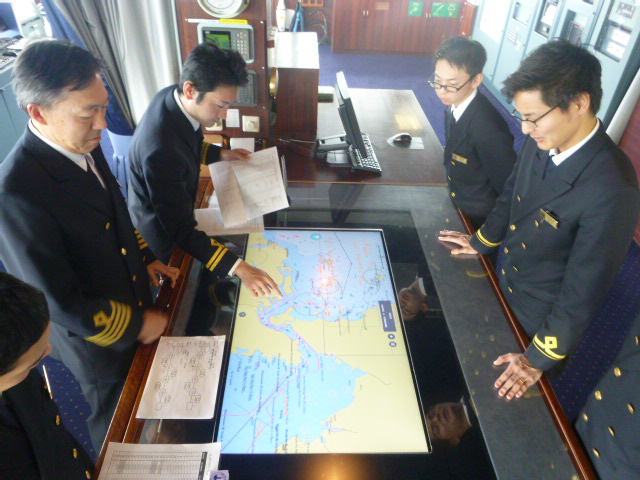 J-Marine NeCST in the bridge of Asuka II