“A system development using artificial intelligence (AI) as core technology for navigation support system of domestic vessels” has been selected by Japan’s Ministry of Land, Infrastructure, Transport and Tourism (MLIT) for its 2018 Transportation Research and Technology Promotion Program*. Research that NYK Group companies MTI Co., Ltd. and Japan Marine Science Inc. (JMS) are currently conducting in collaboration with National University Corporation Kobe University.
Today, we released the research on avoidance navigation technology (i.e., maneuvering to avoid collisions with other vessels), which is part of the development of Maritime Autonomous Surface Ships (MASS) by NYK Group.

The NYK Group has been conducting the research on avoidance navigation technology (i.e., maneuvering to avoid collisions with other vessels) from two different approaches, both of which could lead to the development of an autonomous ship.

In recent years, the global shipping industry has seen vessels getting larger for transport efficiency, and the number of vessels is on an upward trend as the maritime transport volume increases. Especially in sea areas congested with many other vessels, such as the Strait of Malacca to Singapore, the risk of collisions has been increasing. Under such circumstances, crews are required to have higher technical skill and experience. Nautical instruments such as radar and electronic navigational charts already exist to assist crews with situation awareness, devices to help crews determine routes and reduce navigation risk would be of significant benefit.

Limitations exist on oceangoing vessels that make calls around the world and engage in longer periods of navigation. Therefore, this research will be focus on domestic vessels as first step.

a. Development of AI for safe and economical avoidance navigation

This research, which is sponsored by MLIT, aims to develop an avoidance navigation system using AI for domestic vessels in congested sea areas.

By applying the advanced AI method of deep reinforcement learning, a machine learning method in which an autonomous program learns the best behavior through repeated trials, a vast number of voyage simulations to learn optical avoidance navigation can be performed and a program can be developed to determine superior safe and economical avoidance behavior in various circumstances. Then the program can be connected to JMS’s Ship Handling Simulator for quantitative evaluations of the program’s operational ability, also be evaluated by experienced operators. In 2021, verification tests will be conducted in actual sea areas by connecting the program with an actual vessel operation system.

b. Development of Automatic Collision Avoidance System that uses a geometric model to digitize operators’ experiences

This research aims to meliorate JMS’s traffic simulation program and support actual vessel operation. By incorporating knowledge and perceptions by experienced captains, a program will be established as one of MASS technologies.

By digitizing knowledge and perceptions by experienced captains and officers and implementing the data into geometric mathematical models that calculate risk, a model can continuously calculate collision risk and automatically determine optimal routes and speeds that are safe and economical. A basic system has already developed, and demonstrations are now being conducted using JMS’s Ship Handling Simulator. A quantitative evaluation of the system’s operational ability and evaluation by experienced operators will be performed, and verification tests will be held on a vessel in actual sea areas around mid-2019.

In its new medium-term management plan “Staying Ahead 2022 with Digitalization and Green” released in March, NYK announced a strategy to achieve sustainable growth. The NYK Group will continue to boost digitalization by collaborating with various partners and making use of the group’s operational expertise and accumulated data to create new value.

* Transportation Research and Technology Promotion Program
A competitive research-funding program for researchers, including those in the private sector, to discover superior research and development seeds that will address issues such as improving safety and reducing environmental burdens in the transportation field.

Announcement on July 7, 2016, “MTI and NYK Participating Projects Selected as Support Projects for R&D in Advanced Safety Technology of Vessels by MLIT” 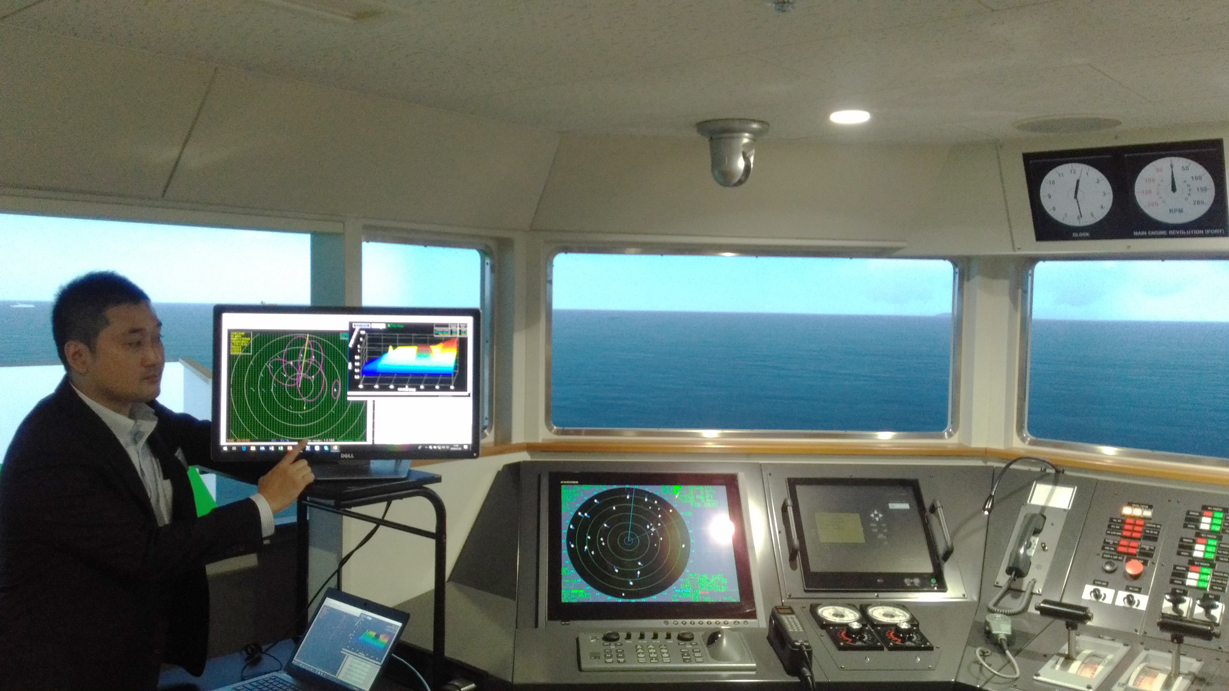