Research on autonomous ships is being conducted in countries all over the world, and as part of that, NYK and MTI are engaged in R&D on unmanned coastal ships described in a recent press release*1, and manned autonomous ships like those reported in the MTI Journal in the past*2. To realize this sort of autonomous ship, the ship must be equipped with extremely complex systems, and thorough testing must be conducted beforehand. In addition, there has been remarkable development of technology to cover human intelligence, e.g., steering algorithms, and it is thought that this will be continually updated even after entering the operational phase, and that each time, there will be a need to evaluate the reliability and safety of the system. To ensure the quality of this sort of complex system, simulation technology is being increasingly used at the development and testing stages in the automobile and aviation industries. The maritime industry launched the Open Simulation Platform—Joint Industry Project (OSP-JIP) against this backdrop. At the center the project is the European classification society DNV GL, and the project aims to develop a simulation platform for ships, and release that platform in an open source format.

OSP-JIP is an industry-academia collaborative project, of a type called a “joint-industry project,” launched by four organizations to develop a simulation platform for ships. The four organizations were the European classification society DNV GL, the marine manufacturer Rolls-Royce (currently, Kongsberg), the maritime research organization SINTEF Ocean, and the Norwegian University of Science and Technology (NTNU). The project began in June 2018, and 23 companies are currently participating. MTI has also participated in this project since August 2018, and we have visited Europe for general and individual meetings, and moved forward with development of the simulation platform and mastery of the technology.

A unique feature of the simulation platform developed by OSP-JIP is that the development results are released as open source. By adopting an open source approach to standards for connecting the simulations built by each company, and the platform needed for connection, it becomes easy to interconnect the simulations built by each company, and it is expected that many companies and research institutions engaged in the maritime industry will be able to mutually use the simulation technologies they have each developed. Also, an approach called a function mockup unit (FMU), used in fields like the automobile industry, is employed/expanded as the model needed for performing simulation, and thus I believe it will be easy to realize improved reusability of the developed model, utilization of a wide range of simulation packages compatible with FMU, and large-scale simulation through interconnection of models developed by multiple companies. 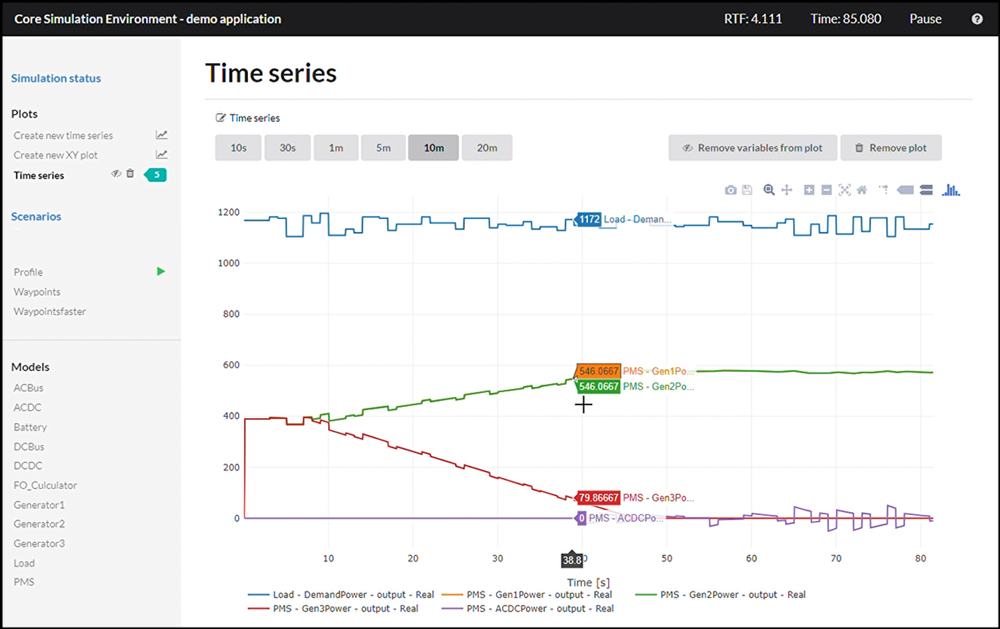 Sample page of the simulation platform

Furthermore, as examples of utilizing simulation technology, the project have developed and released use cases for system commissioning (e.g., integrated testing of the Dynamic Positioning System) and design optimization (e.g., parameter studies of generator and battery capacity for electric-propulsion ships).

Use case of of the simulation technology

Life in Norway and Progress of the Project

In recent years, MTI has been increasingly involved in interaction and joint research with companies and research institutions in Norway, through the OSP-JIP and other projects. As part of that, we have had a number of opportunities to visit Norway, but prices there are some of the highest in the world (meal set at a hamburger chain: about ¥1,300, base fare for a taxi: ¥1,200), and thus our company decided to rent an apartment near the offices of DNV GL where we can do our own cooking, and use that as a base for long-term stays to hold down costs. Living in Norway, it is surprising to see the large number of electrical vehicles (EVs), ranging from private cars to taxis. Norway is an oil-producing country due to its North Sea oil fields, but apparently dissemination of EVs has been promoted through policy incentives, and one keenly feels their efforts as a country to implement environmental policies.

Hiking and mountain climbing are very popular, and I too had an opportunity to do some climbing on holidays during my stay. I was able to experience the cold of the Arctic Circle (it was October), and the grandeur of nature. 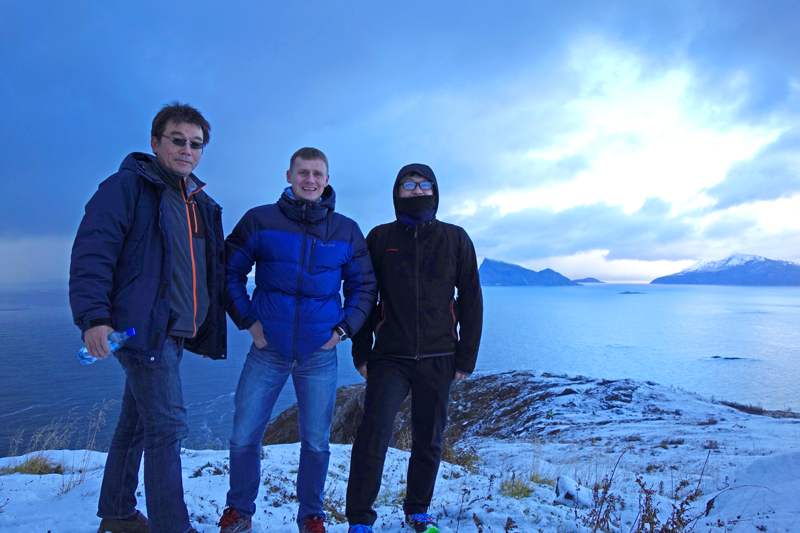 Mountain climbing in Hillesoy, Norway in October 2018 (author is on the right end)

As part of the OSP-JIP, workshops are periodically held in Norway. At these workshops, I was able to discuss the development situation and use cases with participants of various backgrounds, and it was very stimulating. Unfortunately, after the beginning of 2020, it was no longer possible to hold workshops in Norway due to the effects of COVID-19, and workshops were held online instead. In online conferences with many participants, there are situations where it is difficult for me to actively speak up, in part because the conversation is in English, and I feel I need to learn more English to move projects forward more smoothly and energetically. 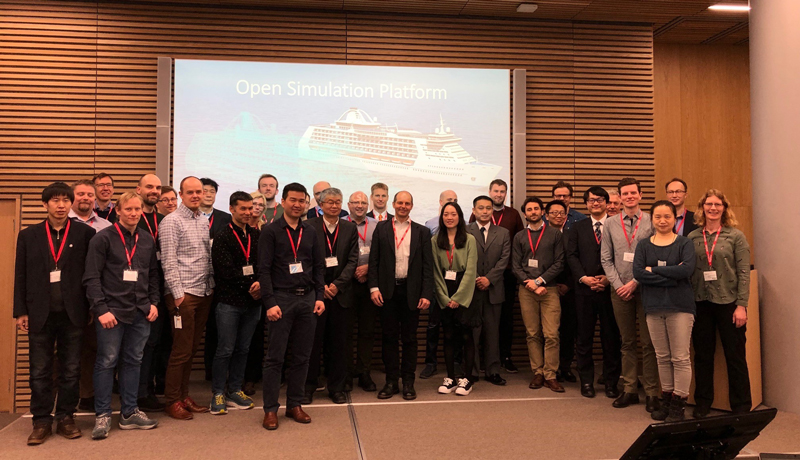 During a workshop at DNV GL in March 2019 (author is in the front row, fourth from the right)

Future of the Open Simulation Platform

In this way, we have worked on development of the OSP-JIP for two years, but the project was recently completed. The developed simulation platform and use cases (models) were released, and can now be used by anyone. However, going forward we plan to continue building an ecosystem to more effectively use the simulation platform developed here (e.g., a system for sharing between companies while protecting the intellectual property of the models developed by each company, a system for selling models, approaches for ensuring model quality, and a system for selling use cases). This work will center around the community made up of DNV GL and the participating members of OSP-JIP.

I believe that, as the importance of system integration increases, OSP simulation platform technology can become an extremely effective tool for realizing ships equipped with advanced systems. Also, OSP will develop through utilization by the members of the maritime industry, and MTI would like to continue to contribute to the growth of the OSP community. We hope to promote, more than ever before, safer operations using ships equipped with advanced systems, and efforts to utilize simulation technology to address the issue of reducing GHG emissions through engine optimization.